What are the popular spots in Westboro?

Westboro has many hidden secrets that the locals will be ecstatic to point you towards. These include many vegan-friendly and alternative food options, including Natural Food Pantry, Thyme & Again, the ultra-popular Pure Kitchen Westboro, and Strawberry Blonde Bakery. For other dining and snacking choices, consider Sapporo Sushi, the nearby iconic Ottawa Bagelshop and Deli […]

Read More… from What are the popular spots in Westboro?

What is Westboro known for?

Westboro is cherished by many as an eclectic, vibrant community that focuses on health, wellness, a sense of camaraderie, and a love of life. It’s home to oodles of poodles and many other four-legged friends, having amassed a reputation as a pet paradise of sorts with plenty of greenery and excellent routes for a walk […]

Read More… from What is Westboro known for?

Westboro is nestled along the southern bank of the Ottawa River, which serves as its northern edge along with Westboro Beach. Highland Park borders the community to the southwest, while Wellington Village does so to the east (followed by Hintonburg) and Carlington lies to the south. […]

Read More… from Where is Westboro?

What are the different schools in the Westboro area?

Westboro and its surrounding communities are home to a wide array of schooling options for students of all ages and backgrounds. For public schools, take your pick from all sorts of choices, including Hilson Avenue Public School, Nepean High School, McHugh School, Broadview Public School, WE Gowling Public School, and Elmdale Public School. Meanwhile, Westboro […]

Read More… from What are the different schools in the Westboro area?

What ward is Westboro in?

Westboro is situated within Kitchissippi Ward along with Wellington Village, Hintonburg, Hampton Park, Island Park, and several other neighbourhoods. It is bordered by the Bay, College, River, Somerset, and Capital wards, respectively. […]

Read More… from What ward is Westboro in?

How do you get around in Westboro?

Several major road arteries cut through the Westboro area. These include Carling Avenue to the south, Kirkwood Avenue, Byron Avenue, Richmond Road, and the Sir John A. Macdonald Parkway. In addition, highway 417 can be accessed via Island Park Drive, Carling Avenue, and Kirkwood Avenue, providing streamlined and smooth access to eastern, western, and central […]

Read More… from How do you get around in Westboro?

Is Westboro a safe Ottawa area?

As one of Ottawa’s trendiest and highest-valued areas, Westboro is one of Canada’s Capital’s safest neighbourhoods. Not only that, but it’s by far one of the most welcoming communities of such a size that you’ll find in the area! From the village to the beach, Hampton Court to Dovercourt, you’ll discover something – and someone […]

Read More… from Is Westboro a safe Ottawa area? 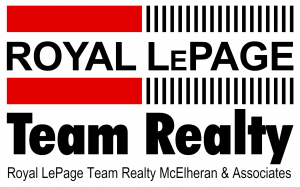